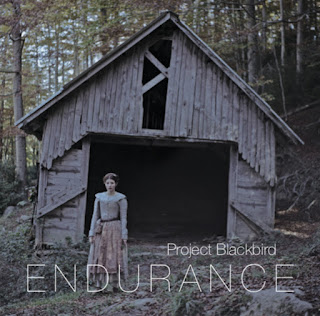 Project Blackbird is a musical collective featuring Jon Read (former trumpet player with The Specials who has also toured with The Dandy Warhols) alongside a plethora of equally immensely talented musicians.

If you think mention of The Specials and The Dandy Warhols above gives you a sense of what to expect from Project Blackbird, think again, because Endurance is a very different album.

It is in my nature as a reviewer to try and avoid 'sounds like' comments wherever possible, which is lucky here, because it’s nigh on impossible to draw a straight comparison between this album and anything else, not that I don’t have pages of notes showing my failed attempts to do just that (“a bit like Enigma, but not sh*t, and fronted by Sade” is a personal favourite).

After hearing the first track on this album, Aurora Borealis, a moody creation, full of soul, that shifts direction multiple times before floating seamlessly into a spoken word section towards its end, I thought I knew what to expect from the rest of the album.

My first note was “if you’re looking for singalong pop tracks, look elsewhere” and then I heard the second track, Same Heart (the video to which can be found here) and had to change that immediately, because the delightfully haunting vocal here is joined by a more upbeat musical feel that comes pretty close to fitting that description.

I am a fan of spoken word, but am always cautious of albums using it too much, bbut Project Blackbird artfully sidestep such traps, as the variety of musical tools used throughout Endurance are balanced to perfection.

At times, the album is unapologetic in its focus on the purists, those who like to lie in the dark and put full focus into listening to an album (that isn’t an insult, I am totally capable of being one of those people myself) but the hobbyist isn’t left out here either.

The above mentioned Same Heart, along with Elevation, are excellent examples of radio friendly tracks that would be as suitable a soundtrack to a long drive, as they would be for background music at a dinner party.

However, relegating this album to backing music for any reason would be to do a hearty disservice to the precision with which every moment of every track is put together.

Whether it’s the groovy basslines of Sunflower, the silky guitar and brass sections of Selde and Endurance, or the poignantly written, and sublimely performed vocal sections present throughout the album, everything is worthy of your undivided attention, and even if you’re concentrating fully, there’ll be something new to discover every time you listen.

One of my biggest pet peeves when it comes to the modern, streaming focused way of listening to music, is that due to the playlist culture (which I am, in many ways, a fan of) the art of putting a tracklist together for an album feels lost sometimes, or at least less important than it once was.

But every now and again, you find something that makes you realise the craft is not dead, and Endurance is undoubtedly one of those. Every track glides so seamlessly into the next that it’s more than possible to think you’re still listening to the same track, when in fact three or four have past.

That is not to say that this album is repetitive, or the tracks are too similar, because that could not be further from the truth.

Endurance soars through an array of genres, or perhaps a better term would be moods, because that’s what this album really brings forward.

An emotional rollercoaster of the smoothest kind, Endurance is a kaleidoscope of feeling, bringing you up, down, and back up again so elegantly that you may find yourself so lost in the music, that you have no choice but to immediately start the album again when it finishes, and you’ll be delighted to do so.


Many who knew Siobhan Mazzei as a solo artist, myself included, were dubious when, some time ago, the Midlands based singer-songwriter announced she would be forming a band.

Siobhan’s songs seemed to be so built around her playing alone, with her unique and enticing percussive guitar style matching up with her soaring vocals perfectly.

However, any doubts were quickly squashed upon the release of Siobhan’s In Wolf’s Clothing EP earlier this year, and her latest release, Consumed By Chaos, proceeds to stamp out any scepticism that remains with style.

A familiar face on the Leicester music scene and across the whole of the Midlands, a UK headline tour at the end of 2018 will see Siobhan introduce herself to a far wider audience, and the musical growth that shows through in Consumed By Chaos makes it clear that Siobhan is more than ready to take on this new challenge.

Always a phenomenal songwriter, there is an added maturity in the songwriting here, with the musicality having an entire extra level of nuance from anything we’ve heard from Siobhan before.

It is at this point it is necessary to make it clear that Siobhan’s music has always been exceptional, but Consumed By Chaos is something else. 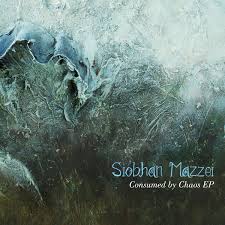 Kicking off with Never There, Siobhan marks her territory immediately with a roaring guitar line that immediately fills the room with energy.

The balance between the gentle nature of Siobhan’s vocals and the gravelly tone of the band behind her works perfectly, and isolates those occasions when Siobhan chooses to let go a little more and really belt out her vocals, a juxtaposition that shows off her inimitable skill as a singer.

It is the dynamics and little details in this track, and indeed the EP as a whole, that make all the difference here, taking this EP away from the natural similarities with other acts, and instead giving Siobhan a sound that is all her own.

What Have I Become is Siobhan at her most comfortable. Dark, intelligent lyrics that are simultaneously personal and relatable, with a musical accompaniment that bounces between gentle and brooding guitar riffs, and brutal and crunching choruses with a build that sucks you in and doesn’t let you out again, building up to a screaming crescendo that is as stunningly epic as the ending is beautifully abrupt.

Recycled has arguably the best guitar line of the whole EP (and there’s stiff competition, because they’re all badass) an all-out rock number that smoothly sidesteps every possible cliché to create an original and soul-pleasing sound.

I’m Not Scared brings the EP to a close, a gentler song than those that come before, and a perfect way to close off what is a startlingly accomplished collection of songs.

There is a kick here, but it doesn’t come until some three minutes into the song, which is a testament to the patience that exists in Siobhan’s songwriting, and the quality of the musicians she has surrounded herself with.

It took me four times of listening through this song to actually manage to listen to all the lyrics, because the flowing nature of the music caused me to drift off into a world of my own in my head every time, something that, again, demonstrates how good the music is here, but it’s worth making the effort to hear the lyrics too, because they are also astounding.

If In Wolf’s Clothing kicked the door to the musical world off its hinges, then Consumed By Chaos is a ritualistic burning of it.

Siobhan Mazzei is here, and she’s ready to take over, so get on board, or step aside.


Consumed By Chaos will have its official launch on October 13th (2018) at Firebug, Leicester.
Find the event here

Chris Tavener – Is He Joking (Live) CD and DVD – 2018 Retrospective

Throughout the rest of the year, we will be releasing a series of ‘2018 Retrospective’ reviews, under the guise of looking back over 2018 and picking our favourite musical releases, but in reality, it’s because we’ve had most of the year off and don’t want to admit we’re late getting these reviews done.

To start the series, we bring you an album from one of our absolute favourites.

The darling of the Mancunian music scene, with a wit as sharp as his jawline, Chris Tavener has been captivating audiences with his charming performances for a fair while now, and the chances are you’ve crossed his path at a gig or festival somewhere in the last 12 months.

Playing hundreds of gigs per year, Chris is one of the hardest working musicians you’re likely to find, which must make it difficult to find the time to head into the studio and record albums.

Never one to be beaten, Chris combined the two, recording a live album across two sold out gigs at Manchester’s Three Minute Theatre. 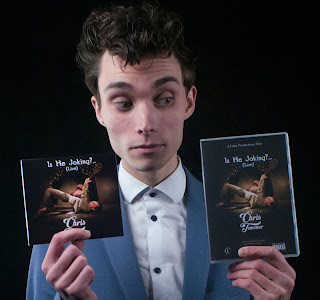 Is He Joking (Live) is a celebration of everything that makes Chris such an incredible performer, a born storyteller, with a songwriting talent that is opening doors (check Chris’ social media pages for more on that) and a skilful guitar style that’s easy to miss while you’re distracted by his lyrical mastery.

There are DVDs of the performance available, and if you can, you should, because the intimate setting of the gig is brought to life beautifully, but even if you are listening to the recordings of the gig, you will still feel immersed in the experience.

As much a theatre show as a concert, songs are interspersed with recordings that relay Chris’ ‘real’ feelings to the audience while Chris gives you all the best performer clichés, which have an added subtext with the extra audio.

As entertaining as this is, however, it’s the songs you’ll remember, because nobody constructs a song like Chris does.

Whether he’s exploring the assumed selfish nature of millennials in Postcard Home (“all that we’ve ever wanted, is all that we’ve ever wanted”), heartbreak in She Was My Love, (“if you see her, will you tell her, to go fuck herself”) or first world problems in The Crisis In Northwich (the buses all finish at 6, apparently) Chris wraps his mind, and his words around a topic in a way that is simultaneously unique and familiar.

Bringing the show to a close (before the encore at least) is The Funny Side, moving from irreverent humour, to a more personal and reflective tone as Chris explores his own insecurities, while maintaining a sense of humour throughout, which in itself makes the song more powerful, I have no shame in admitting I cried a little the first time I heard this track (which I am using as a secondary excuse as to why this review took so long).

While many musicians who write punchline heavy songs can grow stale quickly, there is far more than comedy to Chris’ work, meaning that you can listen to his songs again and again without the shine ever wearing off.